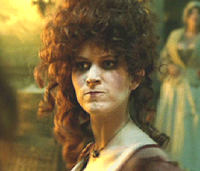 Jack Sparrow?
FOR SURE!

Jack is an original, spunky, smart, clever, insane, (often) drunk, loony, hot, and single pirate who won't let anything tie him down from the thing he loves the most: being a pirate!  True, Jack likes to be a flirt, but he never lets a girl get between him and the sea.  Of course, somtimes that leads him into some trouble. 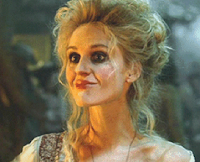 Jack: "Scarlet!"
Scarlet slaps him
Jack: "I'm not sure I deserved that.  Giselle!"
Giselle: "Who was she?"
Jack: "What?"
Giselle slaps him.
Jack: "I may have deserved that."
-The Pirates of the Caribbean: Curse of the Black Pearl

Oh Jack and his women?  These crazy women waiting for revenge in the lovely city of Tortuga.  Who can really blame them for slapping him though?  Wouldn't you be sad and angry if the most amazing person in you're life broke your heart?

"Please shut it!!! yes, I lied to you. no, I don't love you. of course it makes you look fat! I've never been to Brussels. It is pronounced "egregious" and by the way, I've never met Pizzarro but I love his pies. and all of this pales to utter insignificance in light of the fact that my ship is once again gone. savvy?"
Hurtful much? 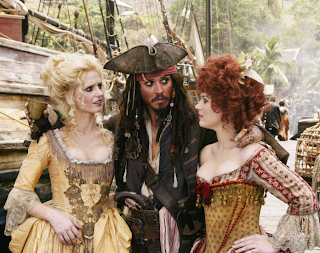 And let's not forget Angelica, but we think she's somewhat of a different story...