"You and Your Fiancee Face the Hangmans Noose" 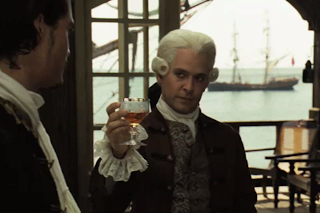 So now we find ourselves in the next installment of PotC where we are inroduced to Cutler Beckett. He doesn't make a very good first impression when he barges in and tells us he wants to kill the main characters. But after more explaining we learn he really wants the main characters to find the other main characters so he can rule the EITC. Soldier: " Lord Beckett, the prisoner as ordered, sir." Beckett: " Those won't be necessary." The first kind thing we hear from Beckett. So exciting. Oh and now Will can use his hands! Beckett: " The East India Trading Company has need of your services. [Beckett offers Will a drink but Will ignores him. awkward.] We wish for you to act as our agent in a business transacton with our mutual friend, Captain Sparrow." 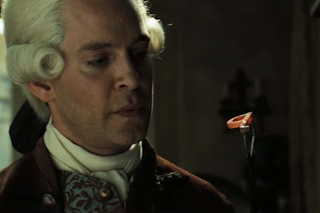 Will: "More acquaintance than friend. How do you know him?" LIES, HE IS YOUR BFF!!! Beckett: "We've had dealings in the past. And we've each left our mark on the other." If you don't know what he's talking about read the Price of Freedom. Will: "What mark did he leave on you?" Beckett ignores him back. looks like their even. Beckett: "By your efforts Jack Sparrow was set free. I would like you to go to him and recover a certain property in his possession." Will: "Recover. At the piont of a sword?" Told you they were BFF's. beckett: "Bargain." Then he walks over to a really safe wooden box opens it and gets out, "Letters of Marque. You will offer what amounts to a full pardon Jack will be free, a privateer in the employ of England." 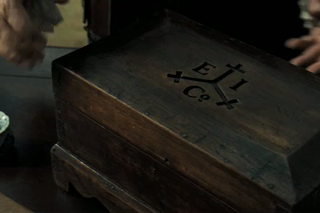 Will: "Somehow I doubt Jack will consider employment the same as free." Cutler Beckett: "Freedom. . . Jack Sparrow is a dying breed. The world is shrinking. The blank edges of the map filled in. [Actually you just found two new continents. I don't know if you could say that.] Jack must find his place in the New world or perish. Not unlike you Mr. Turner. You and your fiancee face the Hangmans noose. [Will's thoughts: Nooo. I totally forgot my wife and I are abou to di a horrible death.]" Will : "So you get Jack and the Peral? " Cutler: "The BlackPearl?" Will: " The property you want that he possesses. " Beckett: "A ship? Hardly. The item in question is considerably smaller a far more valuable, something Sparrow keeps on his person at all times. A compass." And so the quest begins. Will will now det off to find Jack and get the compass (Iknow I just said will will). But little does anyone know much more is at stake than Elizabeth and Will's life. . . 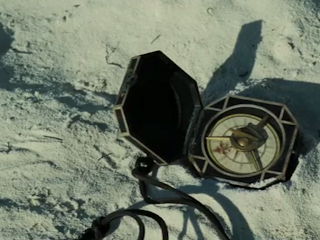 Posted by Snippets Of Jack at 8:32 AM